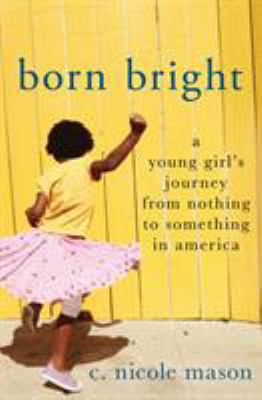 A Young Girl's Journey from Nothing to Something in America

Mason, C. Nicole, 1976- author.
Format: Book
Edition: First edition.
Description: 242 pages ; 25 cm
"'Standing on the stage, I felt exposed and like an intruder. In these professional settings, my personal experiences with hunger, poverty, and episodic homelessness, often go undetected. I had worked hard to learn the rules and disguise my beginning in life ... ' So begins C. Nicole Mason's powerful memoir, a story of reconciliation, constrained choices and life on the other side of the tracks. Born in the 1970s in Los Angeles, California, Mason was raised by a beautiful, but volatile16-year-old single mother. Early on, she learned to navigate between an unpredictable home life and school where she excelled. By high school, Mason was seamlessly straddling two worlds. The first, a cocoon of familiarity where street smarts, toughness and the ability to survive won the day. The other, foreign and unfamiliar with its own set of rules, not designed for her success. In her Advanced Placement classes and outside of her neighborhood, she felt unwelcomed and judged because of the way she talked, dressed and wore her hair. After moving to Las Vegas to live with her paternal grandmother, she worked nights at a food court in one of the Mega Casinos while finishing school. Having figured out the college application process by eavesdropping on the few white kids in her predominantly Black and Latino school along with the help of a long ago high school counselor, Mason eventually boarded a plane for Howard University, alone and with $200 in her pocket. While showing us her own path out of poverty, Mason examines the conditions that make it nearly impossible to escape and exposes the presumption harbored by many--that the poor don't help themselves enough"-- Provided by publisher.
Subjects:
Mason, C. Nicole, 1976-
Mason, C. Nicole, 1976- -- Childhood and youth.
African American women -- Biography.
African Americans -- Biography.
African American women educators -- Biography.
Gifted women -- United States -- Biography.
Successful people -- United States -- Biography.
Poor children -- United States -- Biography.
Homeless persons -- United States -- Biography.