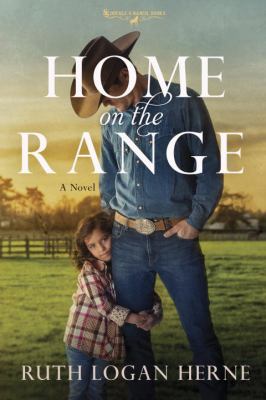 Herne, Ruth Logan, author.
Format: Book
Edition: First Edition.
Description: 303 pages ; 21 cm.
"Can the brother left behind and a woman without hope work together for the good of two precious children? Nick Stafford stayed in central Washington, working his family's large ranch after his brothers left to pursue other passions--but his toughest job is being a single dad. As a child he watched his father fail at marriage and parenting, so Nick was determined to show him up. He'd be a better husband, father, and ranch manager than Sam Stafford ever was. Despite that commitment, three years after Nick's wife left him, he has a daughter in trouble at school and both of his girls are facing issues that force him to rethink his stubborn plans. For Dr. Elsa Andreas, life fell apart when tragedy caused her to abandon her family therapy practice and retreat to the backwoods of Gray's Glen. Her school principal sister believes Elsa can guide the Stafford girls and that working with kids will draw Elsa out of her protective bubble. Summer on the Double S teems with life and adventure. Amid the bounty of God and land, will Nick and Elsa find the courage to build futures based on faith rather than fear?"-- Provided by publisher.
Series: Herne, Ruth Logan. Double S ranch ; bk. 2.
Subjects:
Man-woman relationships -- Fiction.
Ranchers -- Fiction.
Single fathers -- Fiction.
Educational counseling -- Fiction.
Christian fiction.
Washington (State) -- Fiction.