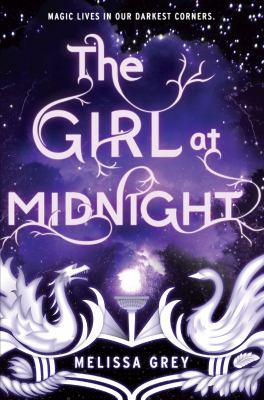 Grey, Melissa
Format: Ebook
[ STAR ] "Sparks fly. . . . Will please fans of Cassandra Clare and Game of Thrones watchers with its remarkable world building; richly developed characters ; and themes of family, power, loyalty, and romance. . . . [Book 2] cannot come soon enough!" — Booklist , Starred For fans of Cassandra Clare's City of Bones and Laini Taylor's Daughter of Smoke & Bone , The Girl at Midnight is the story of a modern girl caught in an ancient war. Beneath the streets of New York City live the Avicen, an ancient race of people with feathers for hair and magic running through their veins. Age-old enchantments keep them hidden from humans. All but one. Echo is a runaway pickpocket who survives by selling stolen treasures on the black market, and the Avicen are the only family she's ever known. Echo is clever and daring, and at times she can be brash, but above all else she's fiercely loyal. So when a centuries-old war crests on the borders of her home, she decides it's time to act. Legend has it that there is a way to end the conflict once and for all: find the Firebird, a mythical entity believed to possess power the likes of which the world has never seen. It will be no easy task, though if life as a thief has taught Echo anything, it's how to hunt down what she wants . . . and how to take it. But some jobs aren't as straightforward as they seem. And this one might just set the world on fire. [ STAR ] "[The] perfect blend of action and amour ." — Kirkus Reviews , Starred " A feisty heroine , fun supporting characters, a mission to save the world, and some seriously spicy romance." — SLJ "Catnip for fans of Cassandra Clare ." —BookPage.com " Fast-paced , action-packed, and full of laughs." —Nerdist.com " Enthralling and pure magic , Grey's debut is delightful!" — Romantic Times " A page-turner —I was hooked from start to finish." — Latina Magazine "Sharp drama that leads to a conclusion begging for a sequel. " — The Bulletin " A must-read. " — Paste magazine " Inventive, gorgeous, and epic —Grey dazzles in her debut."— Danielle Paige, New York Times bestselling author of Dorothy Must Die " A stunning debut. Equal parts atmosphere and adventure, Melissa Grey's The Girl at Midnight is positively divine." —Victoria Schwab, author of A Darker Shade of Magic From the Hardcover edition.
Other Authors:
Overdrive Inc.
Subjects:
Mythology
Romance
Young Adult Fiction
Young Adult Literature 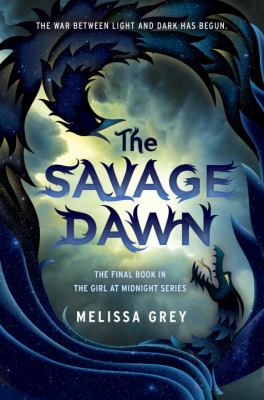 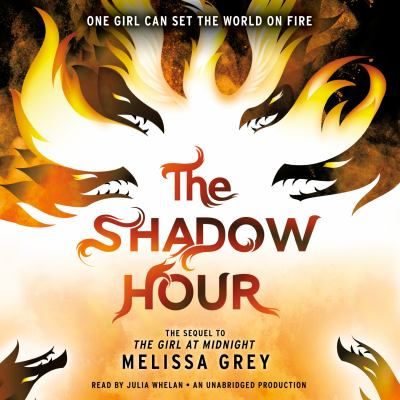 The Girl at Midnight
Grey, Melissa.