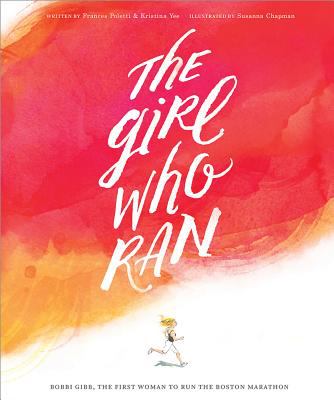 Bobbi Gibb, the First Woman to Run the Boston Marathon

Poletti, Frances, author.
Format: Book
Description: unpaged [approximately 39 pages, several folded out] : color illustrations ; 28 cm
"In 1966, the world believed it was impossible for a woman to run the Boston Marathon. Bobbi Gibb was determined to prove them wrong. She said she would do it, she wasn't a liar; she'd show them by running like the wind in the fire." -- back cover.
Other Authors:
Chapman, Susanna, illustrator.
Yee, Kristina, author.

Hold
Book
4 of 4 available
Save to List
Text in English.