Swimming Back to Trout River tells the story of a ten-year-old Chinese girl and her immigrant parents set against China's Cultural Revolution. Author Linda Rui Feng sits in conversation with Dr. Gregory Patterson (Associate Professor, University of South Carolina Department of Languages, Literature and Cultures) to talk about Feng's debut novel and her work as a historian.

From Simon and Schuster about Swimming Back to Trout River: 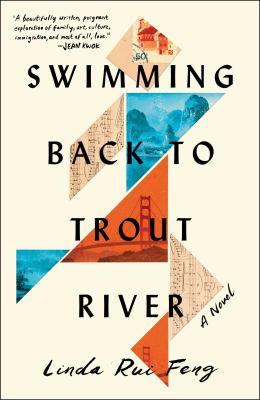 "In the summer of 1986, in a small Chinese village, ten-year-old Junie receives a momentous letter from her parents, who had left for America years ago: her father promises to return home and collect her by her twelfth birthday. But Junie’s growing determination to stay put in the idyllic countryside with her beloved grandparents threatens to derail her family’s shared future.

Junie doesn’t know that her parents, Momo and Cassia, are newly estranged from one another in their adopted country, each holding close private tragedies and histories from the tumultuous years of their youth during China’s Cultural Revolution. While Momo grapples anew with his deferred musical ambitions and dreams for Junie’s future in America, Cassia finally begins to wrestle with a shocking act of brutality from years ago. For Momo to fulfill his promise, he must make one last desperate attempt to reunite all three family members before Junie’s birthday—even if it means bringing painful family secrets to light.

Swimming Back to Trout River is a 'symphony of a novel' (BookPage) that weaves together the stories of Junie, Momo, Cassia, and Dawn—a talented violinist from Momo’s past—while depicting their heartbreak and resilience, tenderly revealing the hope, compromises, and abiding ingenuity that make up the lives of immigrants. Feng’s debut is 'filled with tragedy yet touched with life-affirming passion' (Kirkus Reviews, starred review), and “Feng weaves a plot both surprising and inevitable, with not a word to spare” (Booklist, starred review)."

About the Author:
Linda Rui Feng is a cultural historian at the University of Toronto, where her research takes her to books from the ninth century, maps of the early modern era, and more recently, the history of scent and aromatics. She is the author of the novel Swimming Back to Trout River, which was a finalist for the Center for Fiction First Novel Prize, and was longlisted for the Giller Prize, the PEN/Hemingway Award for Debut Novel, and the Aspen Words Literary Prize.

This event is held in partnership with:
The Transpacific Intercultural Collaboration Research Group, USC Humanities Research Collaborative
The Center for Asian Studies, Walker Institute of International and Area Studies
USC Department of Languages, Literatures and Cultures