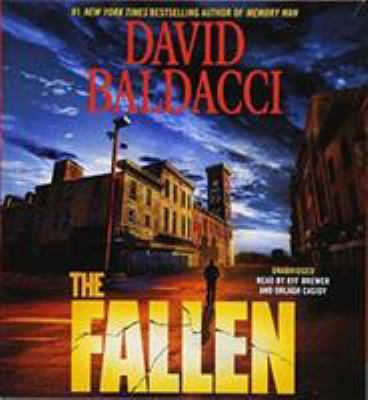 Baldacci, David.
Format: Audiobook on CD
Edition: Unabridged.
Description: 10 sound discs (approximately 720 min.) : digital ; 4 3/4 in.
Amos Decker and his journalist friend Alex Jamison are visiting the home of Alex's sister in Barronville, a small town in western Pennsylvania that has been hit hard economically. When Decker is out on the rear deck of the house talking with Alex's niece, a precocious eight-year-old, he notices flickering lights and then a spark of flame in the window of the house across the way. When he goes to investigate he finds two dead bodies inside and it's not clear how either man died. But this is only the tip of the iceberg. There's something going on in Barronville that might be the canary in the coal mine for the rest of the country. Faced with a stonewalling local police force, and roadblocks put up by unseen forces, Decker and Jamison must pull out all the stops to solve the case. And even Decker's infallible memory may not be enough to save them.
Series: Amos Decker ; 4
Other Authors:
Brewer, Kyf.
Cassidy, Orlagh.