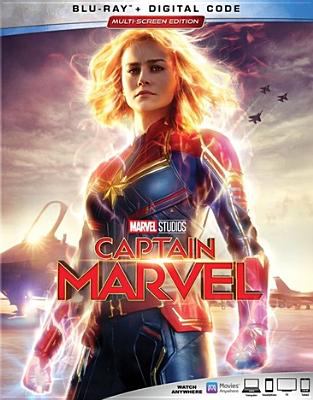 Format: Blu-ray Disc
Description: 1 videodisc (124 min.) : sd., col. ; 4 3/4 in.
Set in the 1990s, this is an all-new adventure from a previously unseen period in the history of the Marvel Cinematic Universe. It follows the journey of Carol Danvers as she becomes one of the universe|s most powerful heroes. While a galactic war between two alien races reaches Earth, Danvers finds herself and a small cadre of allies at the center of the maelstrom.
Target Audience: Rating: PG-13; for sequences of sci-fi violence and action, and brief suggestive language.
UPC: 786936862584
Hold
Blu-ray Disc
5 of 17 available
Save to List
Find
DVD
1 of 14 available
Save to List