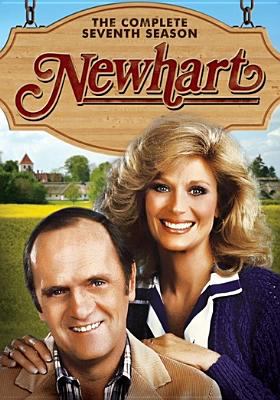 Format: DVD
Description: 3 videodiscs (ca. 510 min.) : sd., col. ; 4 3/4 in.
Dick Loudon and his wife Joanna decide to leave life in New York City and buy a little inn in Vermont. Dick is a how-to book writer, who eventually becomes a local TV celebrity as host of "Vermont Today." George Utley is the handyman at the inn and Leslie Vanderkellen is the maid, with ambitions of being an Olympic Ski champion; she is later replaced by her cousin Stephanie, an heiress who hates her job. Her boyfriend is Dick's yuppie TV producer, Michael Harris.
Other Authors:
Newhart, Bob
Frann, Mary
Poston, Tom