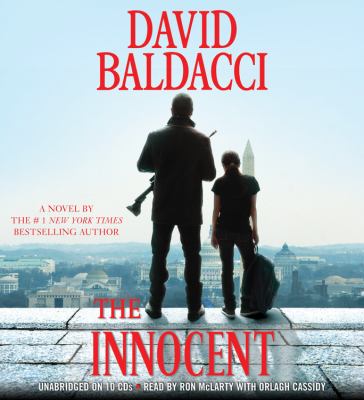 Baldacci, David.
Format: Eaudiobook
Description: 1 sound file (12 hr., 15 min., 3 sec.) : digital.
America has enemies. The police, the FBI, the military can't always stop them. That's when they call him...Will Robie is a U.S. government freelance hit man. He works on the dark side. He's an expert at what he does, a professional, the best in the business. Robie is given a target--a man who has been designated as a threat to America, but whose guilt can't be proven in the court of law--and eliminates him with ease. During his getaway, however, Robie encounters another potentially deadly situation--and winds up saving a young teenager. He learns that she is a runaway from a private facility. The location of her parents is unknown. Robie returns her to the police, but he's worried and decides to keep tabs on her. But he also has to be careful because the police are investigating the hit that he performed. A tenacious female investigator in particular is taking a special interest in him, and she believes the two cases are connected. As Robie discovers more of the girl's past, he realizes that there is more here than meets the eye: the girl is at the center of a vast cover-up that may have to do with the disappearance of her parents and stretch to unthinkable levels of power. For the first time, Robie may have to leave the shadows in order to save this girl's life...and perhaps his own, as well.
Other Authors:
McLarty, Ron.
Subjects:
Assassins -- Fiction.
Runaway teenagers -- Fiction.
Political fiction.
Murder for hire -- Fiction.
Missing persons -- Fiction.
Conspiracies -- Fiction.
Rescues -- Fiction.
FICTION / General.
Washington (D.C.) -- Fiction.