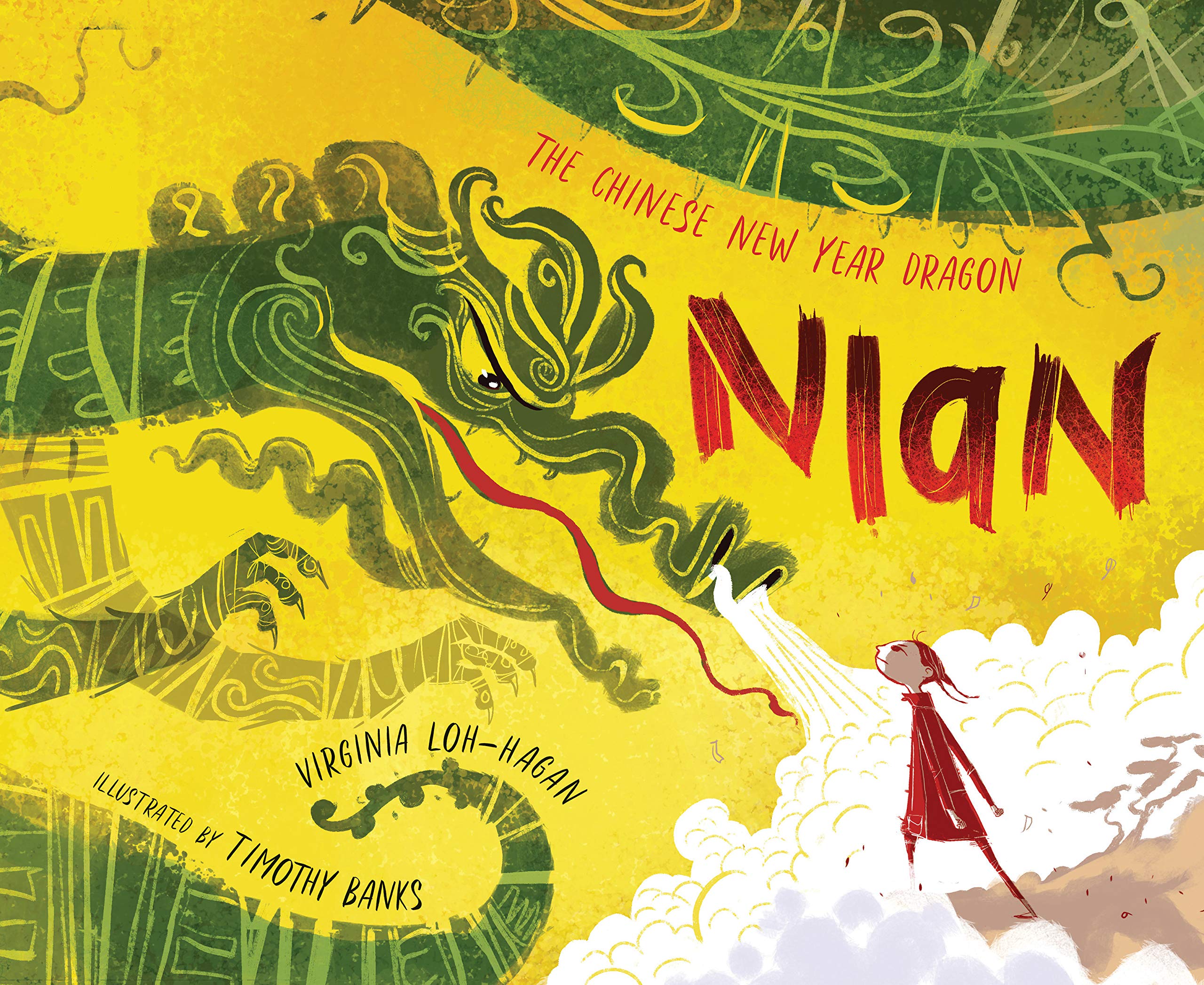 Available as an ebook through Hoopla.

A young girl named Mei hates Springtime, because every Spring, Nian, a beastly dragon that loves to eat children, leaves his space under the sea and wreaks havoc and instills fear throughout the village. However, this time on the night before the first day of Spring, Mei is visited by a magical warrior who visits her in her dreams. He warns that his powers are getting weaker, as Nian’s are growing stronger, and he then tells her that it is her destiny to defeat Nian in fifteen days or Nian will be free to cause terror forever. Inspired by the folktale about the legendary dragon, Nian, Loh-Hagan provides a few extra twists and turns, while also sharing the origins of the annual Lunar New Year.

While reading Nian, the Chinese New Year Dragon we learn of several traditional ways in which people celebrate the New Year. Asian cultures have used lanterns for ages not only as sources of light or paper decoration, they also symbolize vitality, social status and good luck. Traditionally, hanging lanterns during Chinese New Year or Lunar New Year was said to be a lucky charm that frightened away the Nian monster.

Watch the video below, and learn how to make your own lantern!

How to Make a Chinese Paper Lantern Blog
1
Tools For Finding A College, Apprenticeship, and Financial Aid