Learn about the deep history of Black Cowboys in the United States while making your very own horse.

The origin of the American Cowboy started off in the early southern colonies via the forced labor of African slaves. Ranching became an extremely profitable business in the Carolinas as they utilized the horses, cattle, and slaves that came through Charleston (the world's largest slave and trade port until the late 1800’s). These slaves were labeled as ‘cow hunters or cowboys,’ and they were tasked with managing and herding livestock.

By the 1700’s, the Carolinas became one of the largest suppliers of salted meat to Barbados, Jamaica, and other British West Indian colonies. As profits rose, ranchers began seeking cheap land and moved into the Spanish (and, later, Mexican) territory of Texas during the first half of the 19th century. Though the Mexican government opposed slavery, Americans brought slaves with them as they settled the frontier and established cotton farms and cattle ranches. By 1825, slaves accounted for 25 percent of the Texas settler population. Once Texas joined the confederacy on March 2, 1861, many slaves were left to maintain the established ranches. After the Civil War ended with the victory of the Union, many black cowboys used their skills to make a life for themselves as free men. Some black cowboys chose to stay working for their former slave owners in the South while others chose to move further West to find land for themselves.

During this time in history, there was an increase of black cowboys in rodeo, such as Bill Pickett who invented the rodeo technique of ‘bulldogging’ (which is now known as steer wrestling) and Nat Love who was known to be a 'crack shot' on the rodeo trail. Simultaneously, black inventors were making contributions to horsemanship. In 1892, Oscar E. Brown patented the horseshoe, and Lincoln F. Brown patented the horse bridle bits.

1. Take your cardboard and trace the shape of a horse's head. When you have a shape that you like, cut it out. 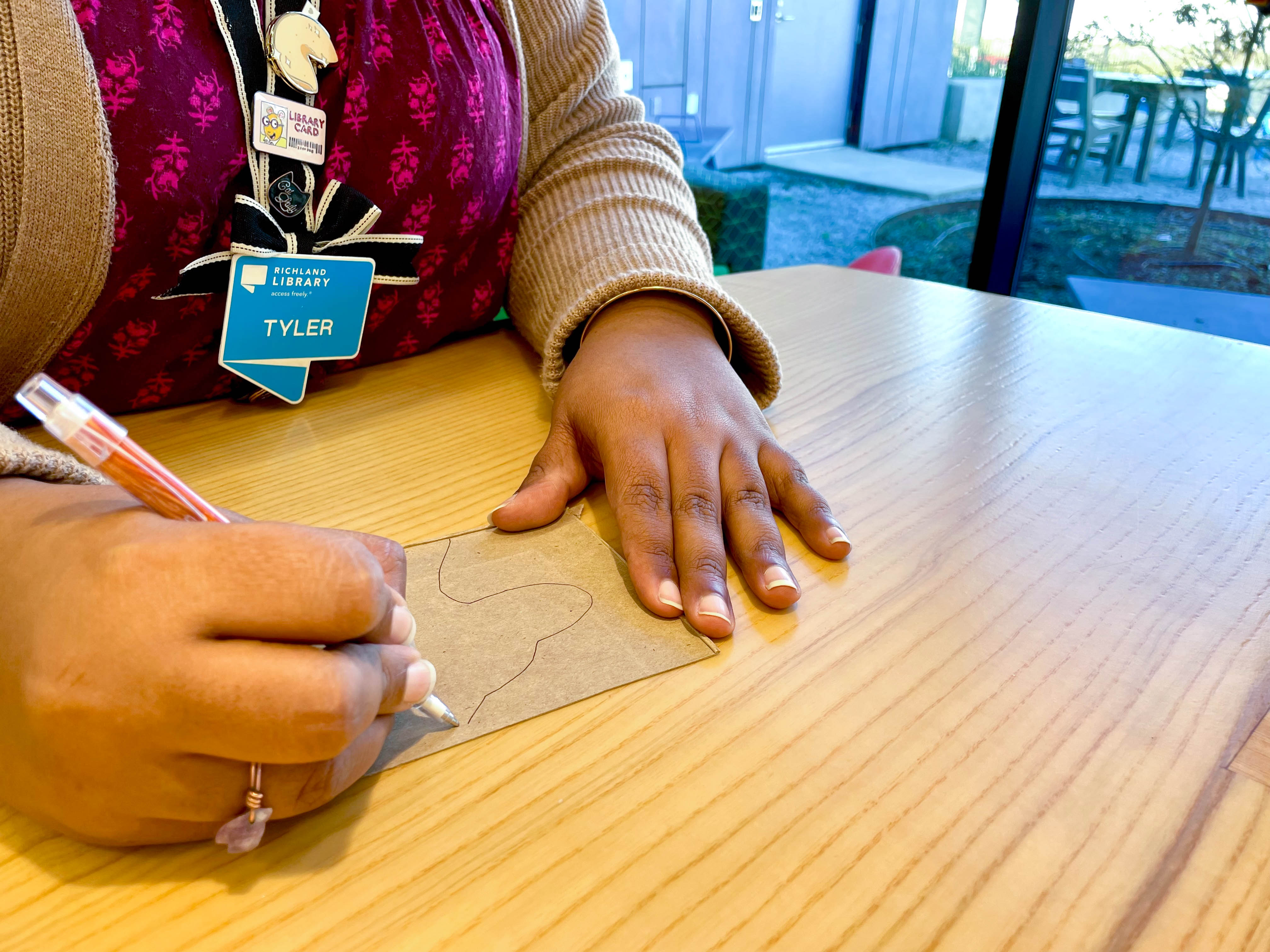 2. Paint your TP role, popsicle sticks, and horse’s head your desired color. Set everything aside to dry. 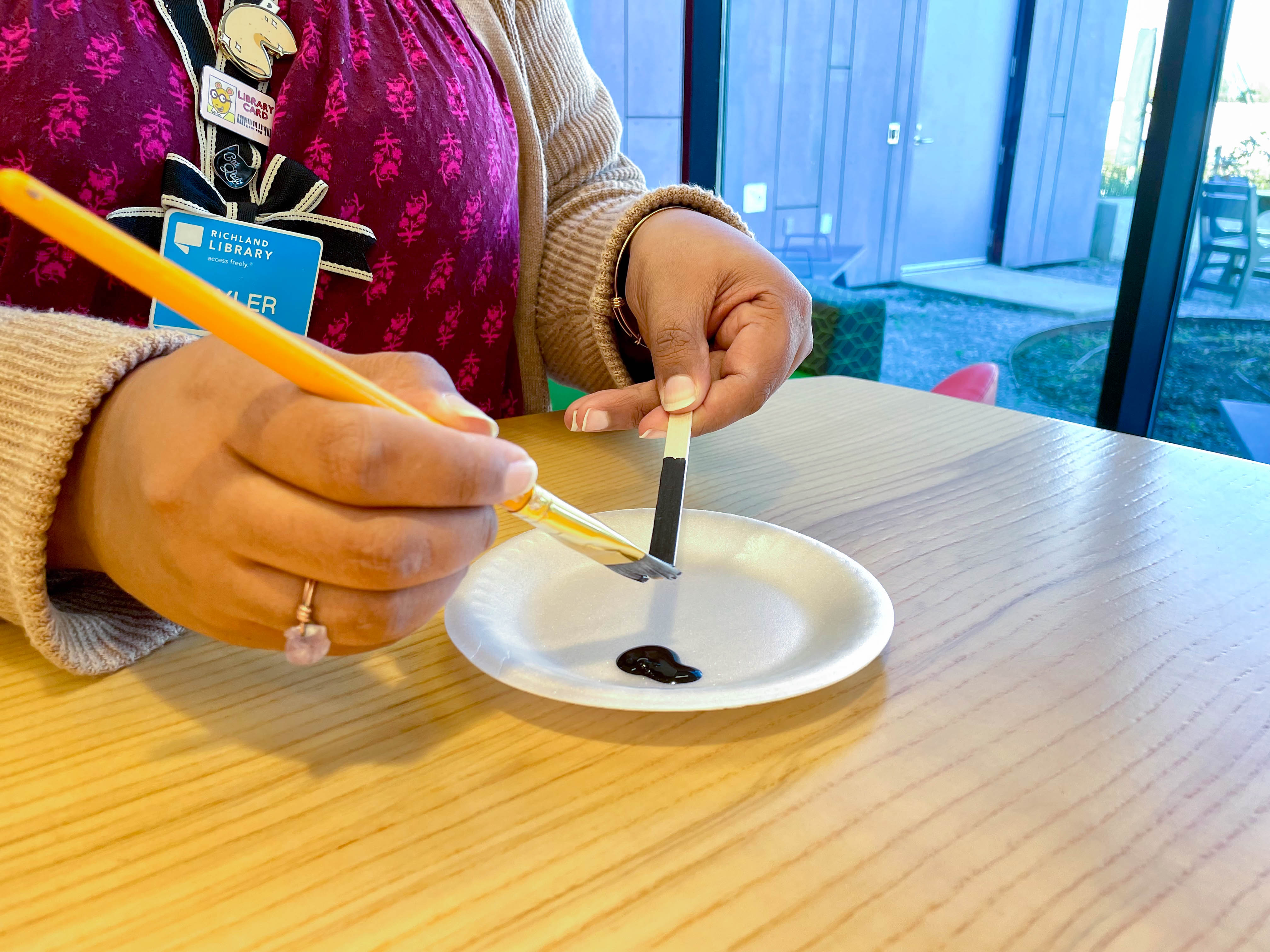 3. Use your scissors to trim off the tops of your popsicle sticks. These will be the horse’s legs. Be sure to make all legs the same length. 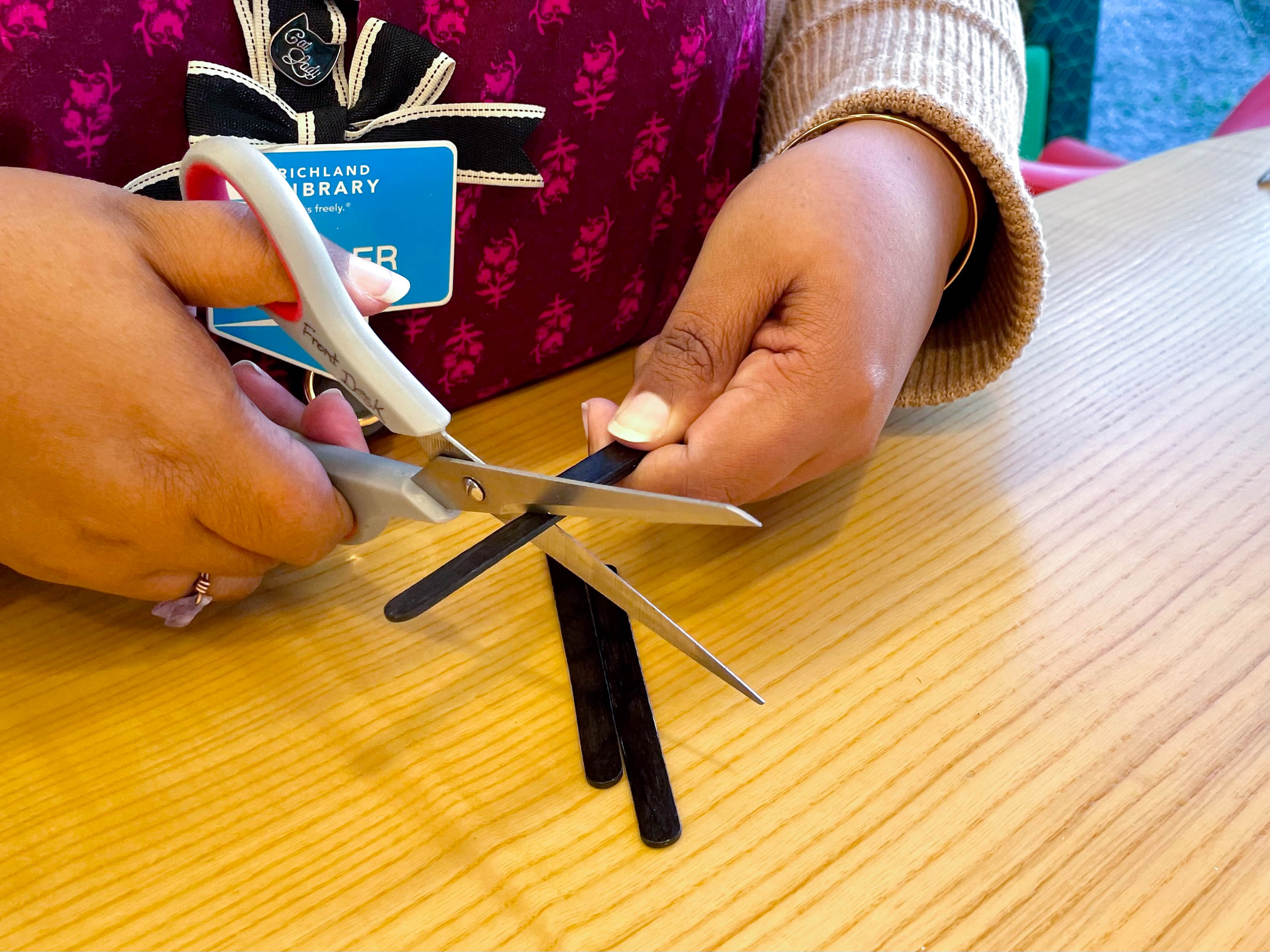 4. Take your tissue paper and cut off one thick strip. With this strip, make shallow cuts all along one side. This will be your horse’s mane. 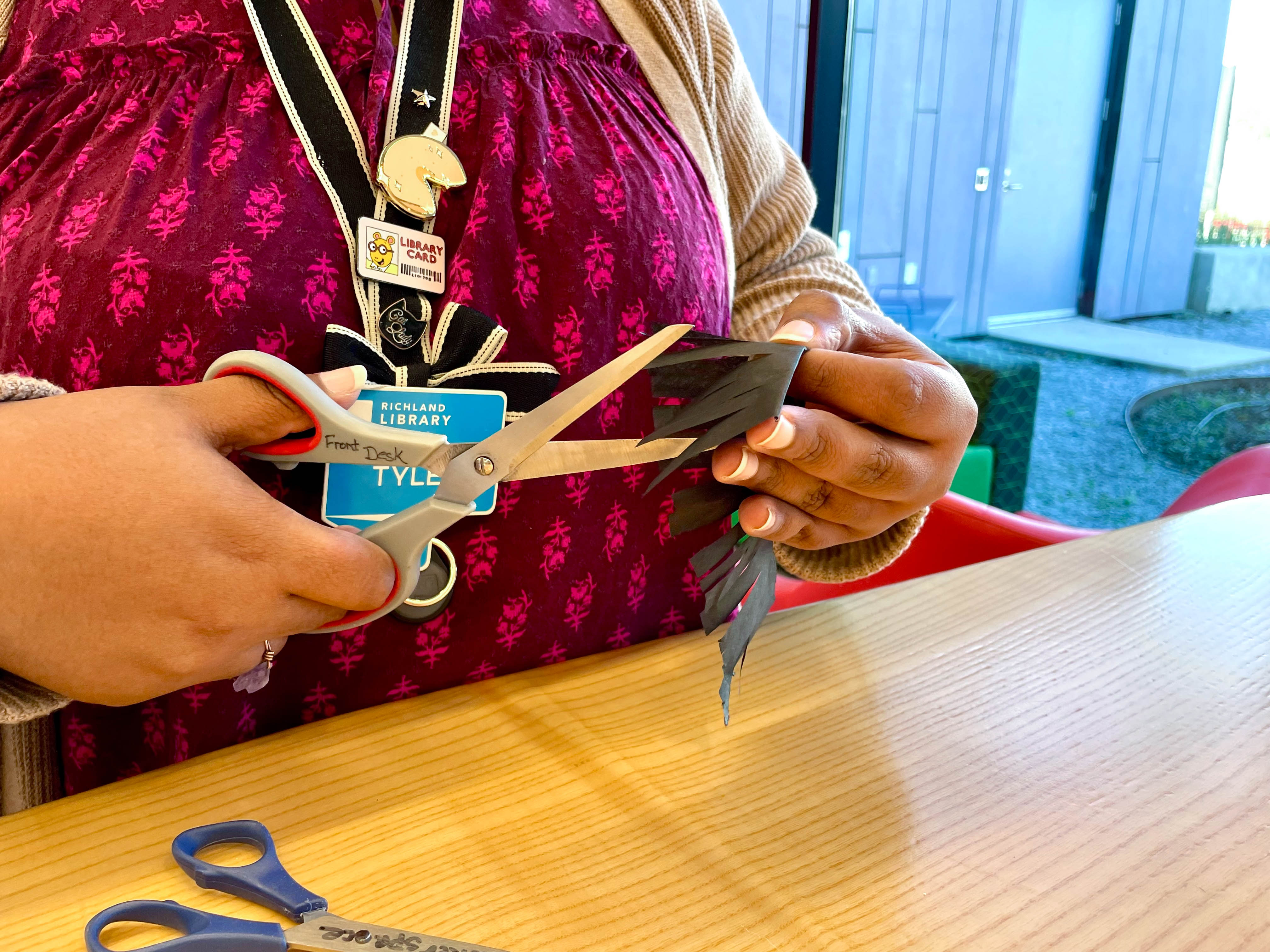 5. With the remainder of that first sheet of tissue paper, cut long strips with your scissors. This will be your horse’s tail. 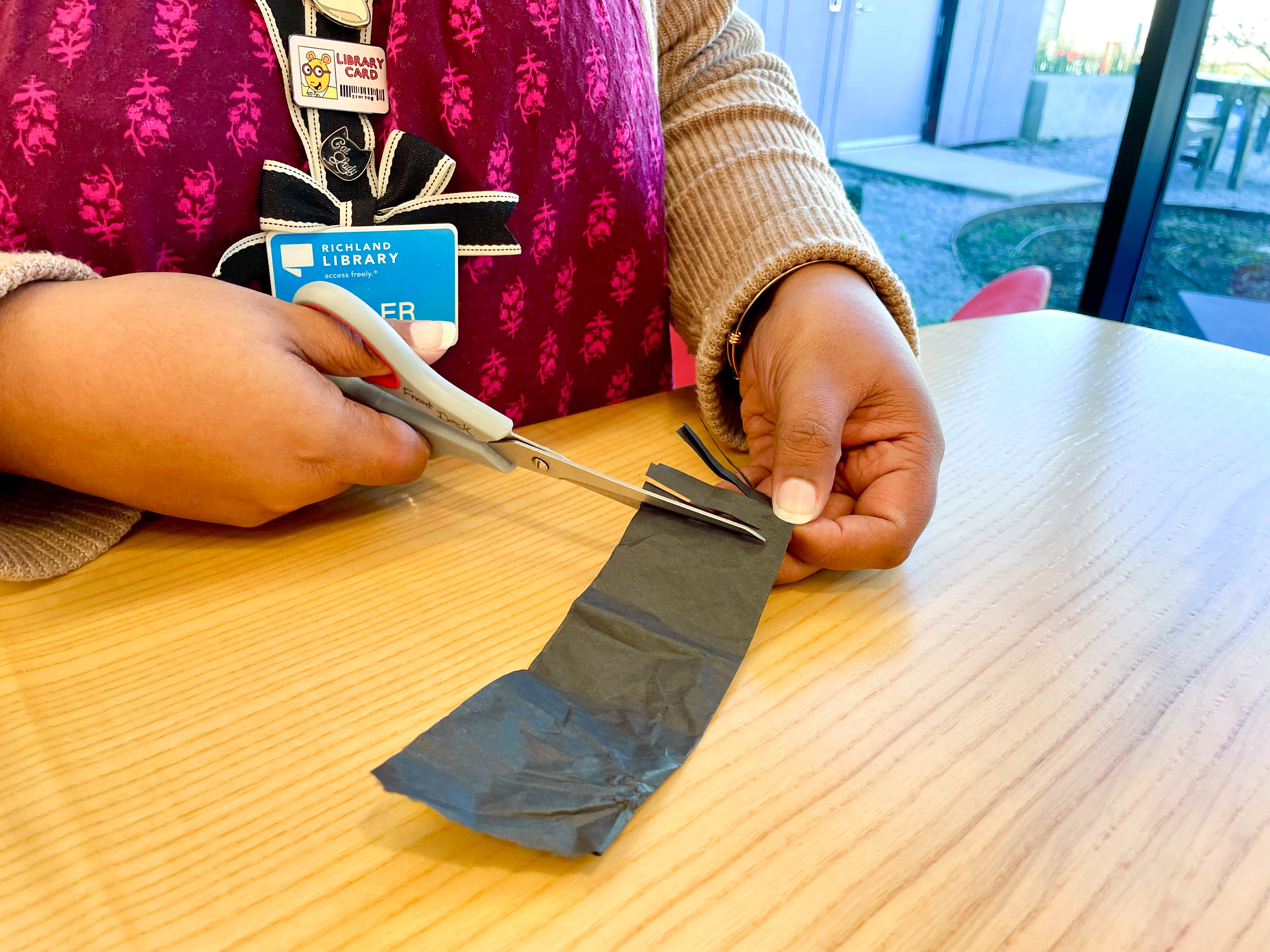 6. Once everything is dry, ask an adult to glue the legs on your horse’s body with the hot glue gun. You can regular glue instead, but it will take longer to dry. 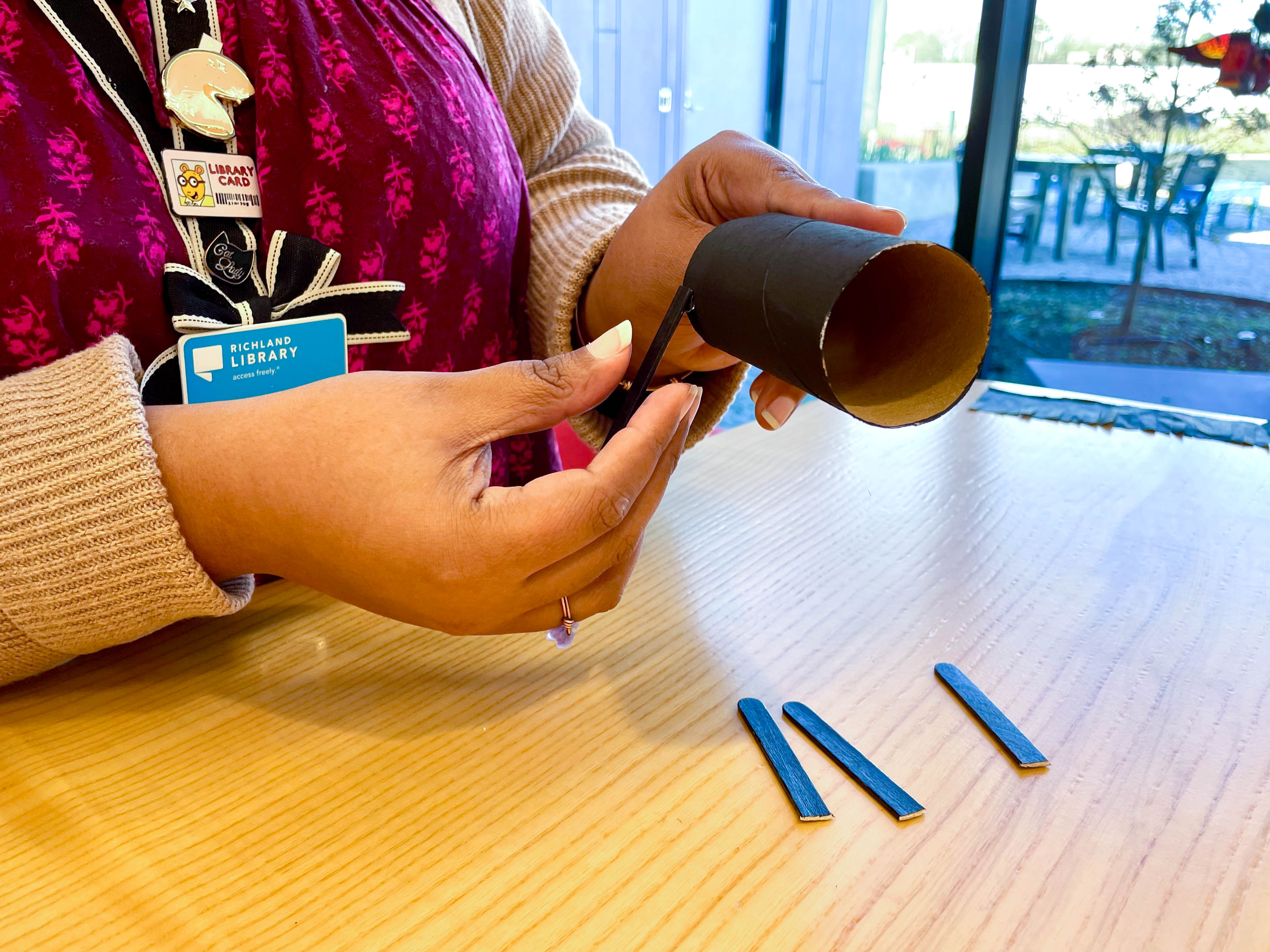 7. Grab your horse’s head and glue the mane onto the back of the neck. 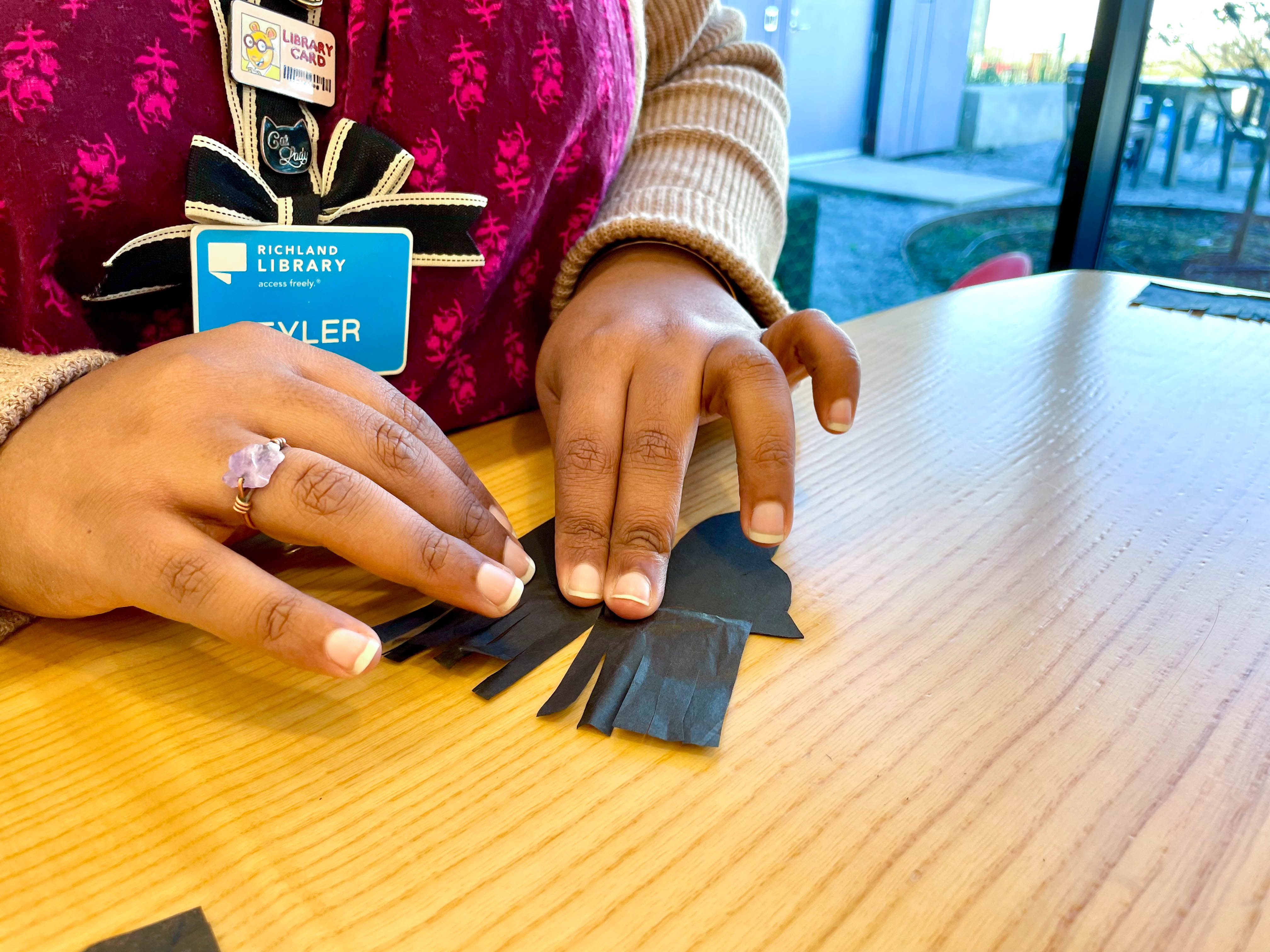 8. Take your buttons and glue one on each side of the horse's head. 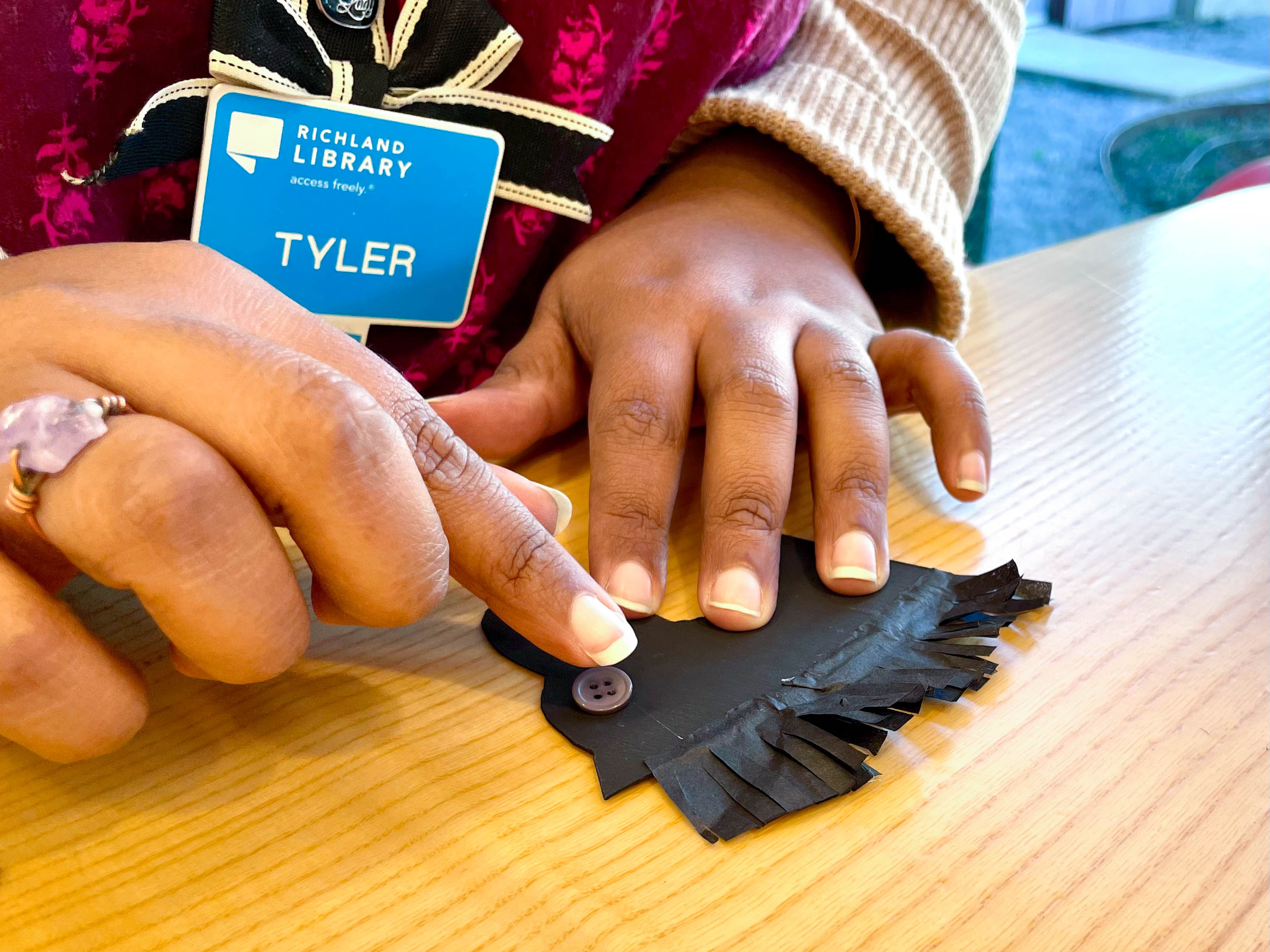 9. Once you are done with the mane and eyes, glue the head onto the body. 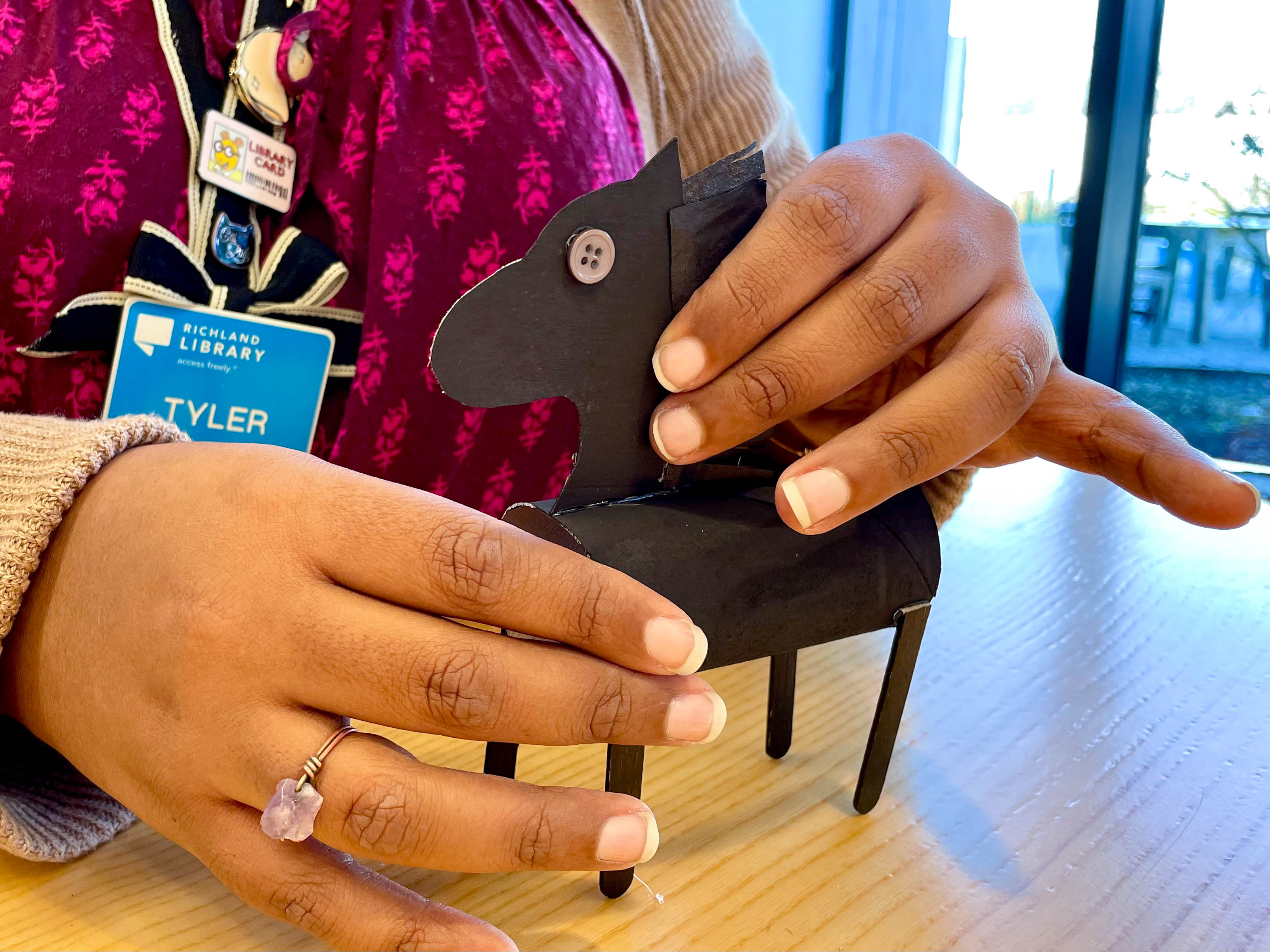 10. Take the strip of cut tissue paper you created for the tail, roll them together, and add a drop of glue to the end you are holding. 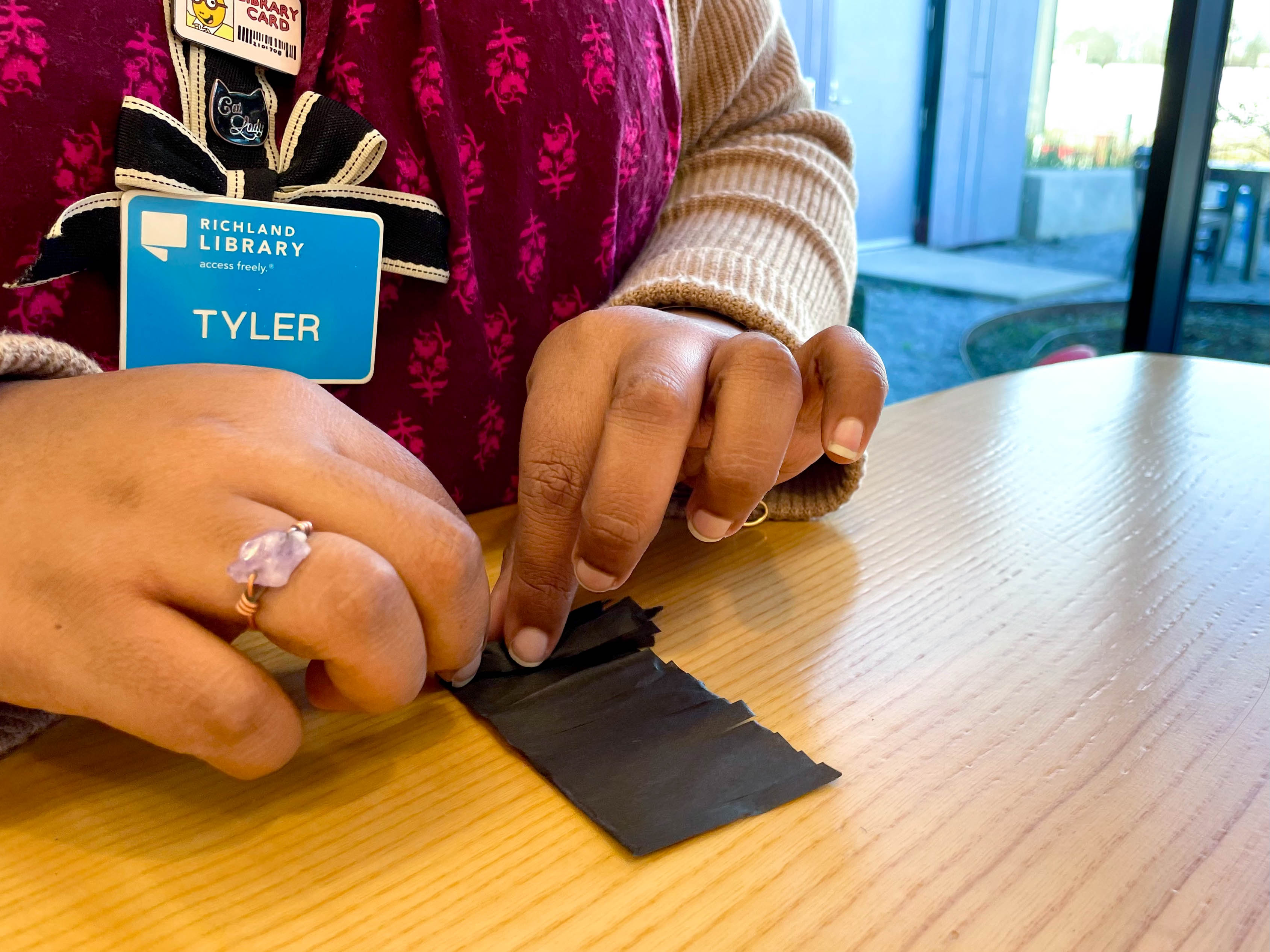 11. Add a dot of hot glue to the rear of the horse at the top inside of the tube. Carefully stick on the horsetail. 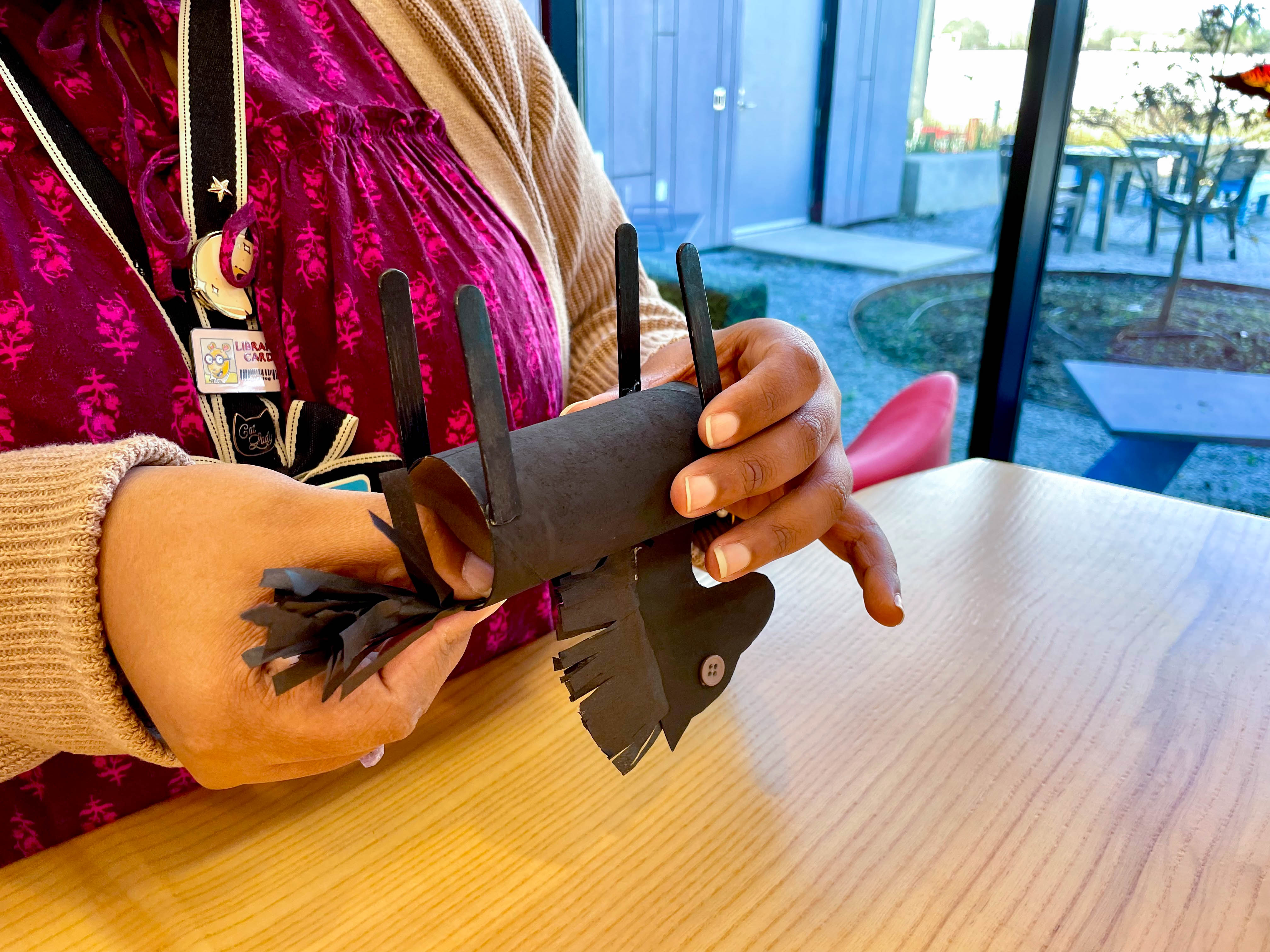 12. Take your second sheet of tissue paper and ball it up. Once you are done, place it inside the opening underneath the horse's head. 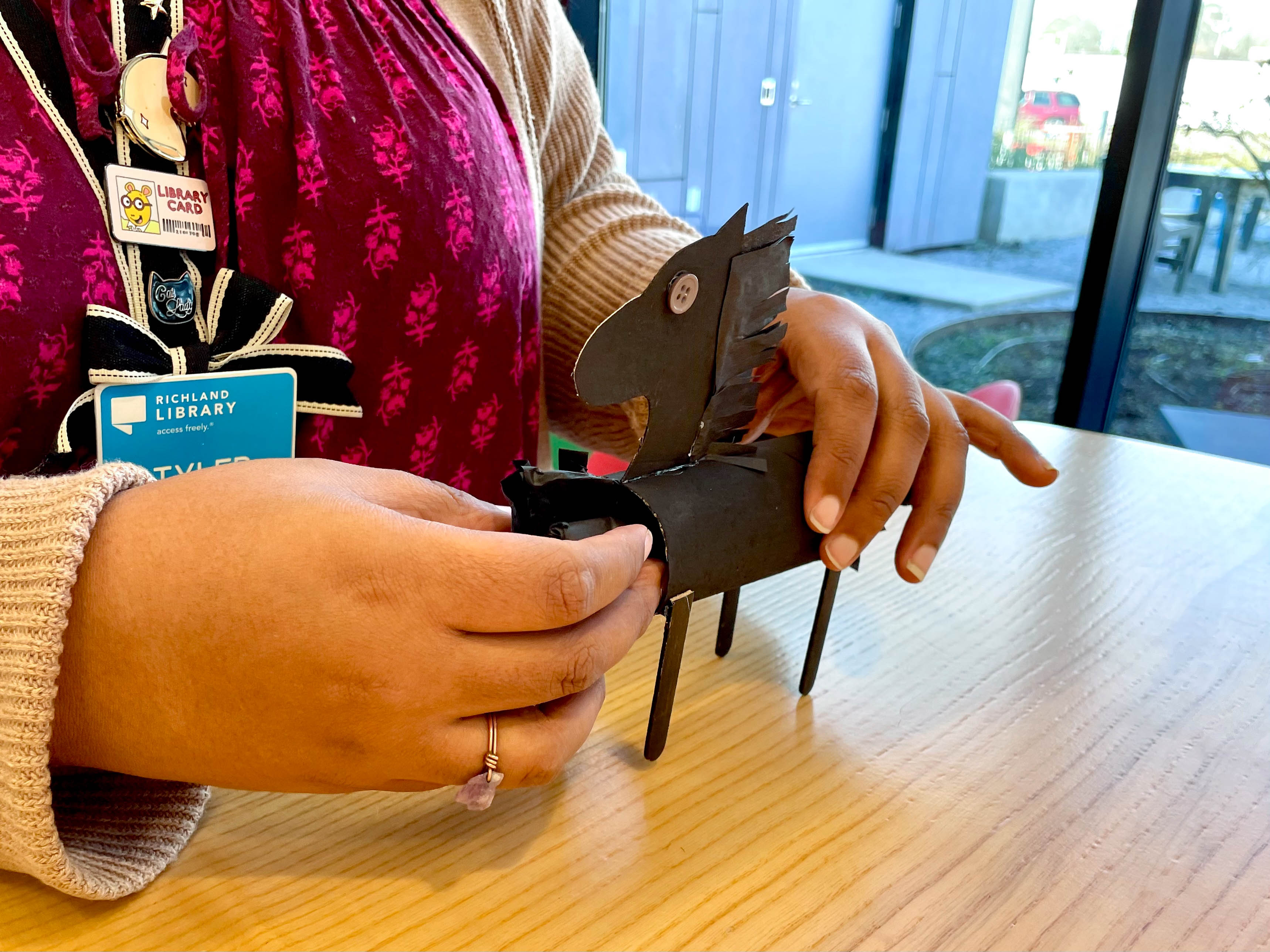 13. Use your twine to create a rein for the horse. Tie the ends in a knot and loop it around the neck. Make a second loop and place it over the horse’s nose and ears. 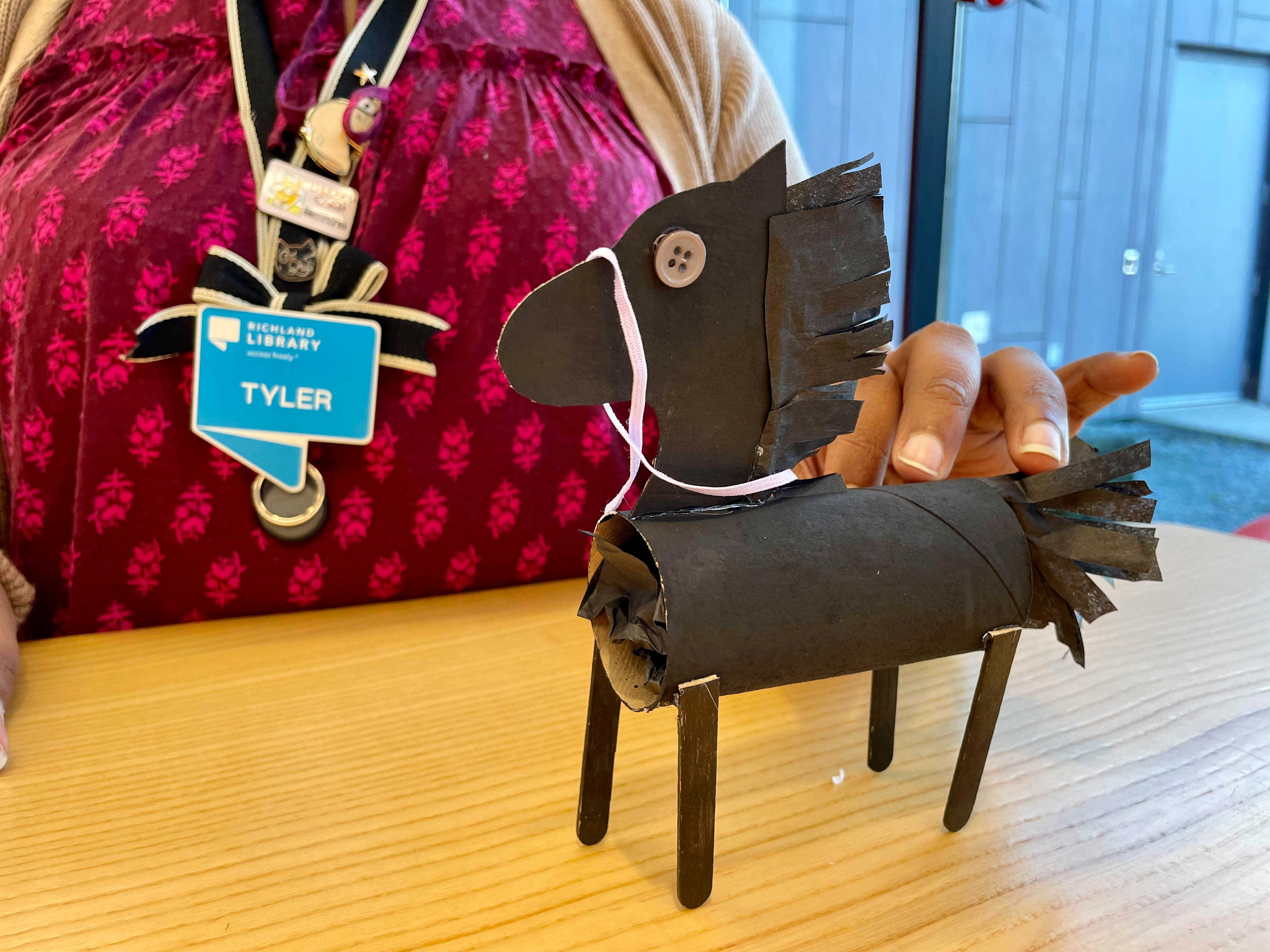 One of the few representations of black cowboys in mainstream entertainment is the fictional Josh Deets from the television show Lonesome Dove. The 1989 miniseries was based on the Pulitzer Prize-winning novel of the same name. The show starred actor Danny Glover as Deets, an ex-slave turned cowboy who serves as a scout on a Texas-to-Montana cattle drive. Lonesome Dove was based off the life of Bose Ikard, an African American cowboy from the late-19th century.